Some years ago there was a photoelectric sensor with a contamination indicator as additional feature.

If the front window of an optical sensor is contaminated by external influences, the optical sensor can no longer “see” so well and the function can be impaired. In the worst case, the sensor suddenly fails because it previously tries to compensate for the soiling of the window by amplifying the signals up to a certain limit.

Failure of the sensor during operation due to dirt or dust, can of course be prevented by regular cleaning. Such regular planned cleaning is then called preventive maintenance.
However, this involves effort and must be done at a time of planned downtime. Circumstances are not always such that the contamination then also reaches the permitted level. This depends, for example, on the running time of the plant and the processed material.

Therefore, a sensor was developed that could independently detect contamination of its lens and generate a signal when a certain degree of contamination was reached. Then the user was informed by the control system that cleaning was necessary before the sensor could no longer function correctly due to the impairment. Here, one can already speak of condition-based maintenance.

However, there are also many other influences, in the simplest case a sensor or its mounting plate is misaligned by external influence or the bracket is bent. Basically this such a deflection is something a sensor itself cannot detect this.
Here, for example, a built-in tilt sensor would be helpful to detect such a movement. Above all, data such as vibrations but also temperatures are very well suited to provide feedback on the current system status.

The SAMS system (Smart Automation & Monitoring System) is about sensors with exactly such extended functionality.

The functionality behind SAMS is nothing entirely new rocket science, but some of the requirements and wishes of endusers as well as machine builders had been considered during development of the Smart Sutomation and Monitoring System.
Basic requirements of a smart production can be fulfilled with the features of SAMS.
Less downtime and an increased OEE are key targets of smart manufacturing.

What is a Smart Automation and Monitoring System?

In the Balluff documentation you will find e.g. this description:

“The Smart Automation and Monitoring System (SAMS) represents Balluff’s comprehensive automation philosophy.
Thanks to its uniform and standardized operating and configuration concept, long commissioning times, high training costs and time-consuming troubleshooting in the event of unexpected device failure are a thing of the past.
In addition to process and status data, our intelligent components provide you with valuable uniform diagnostic data.
As a result, they open up completely new possibilities for you – from monitoring the condition of machines and systems (condition monitoring) to condition-based/predictive maintenance and even completely new business models.”

Increasing the efficiency of machines and plants requires powerful, multifunctional solutions that provide data on the machine condition in addition to the machine control. With the condition monitoring information obtained from this, the performance of each machine and thus of the entire plant can be optimized so that you can design processes efficiently and flexibly.

Predictive maintenance, in contrast to condition-based maintenance, is the addition of a further step.
With the help of the data acquired about the current state of a plant and from previous events, learning algorithms are used by means of industrial IoT to predict occurring events such as the failure of plant components. This turns precautionary measures and unplanned events into controllable and plannable maintenance activities with correspondingly lower costs. Machine damage can thus be avoided.

Smart sensors such as those offered by the SAMS sensor portfolio are ideal for obtaining the most comprehensive data possible about a plant with little effort. Sensors used to control a machine are mounted and wired at various points. Gaining additional information from them is possible with little effort. With IO-Link, this additional data can easily be transferred to the control system or a higher-level system via the existing cables without any additional hardware effort.

Find more details about the smart sensor features in this post

Of course, additional sensors can be installed at other predestined locations, such as this condition monitoring sensor, which detects temperature, humidity and air pressure in addition to vibrations.

The Balluff SAMS system was originally planned for use in the food and packaging industry, but is now used in many areas of automation technology.

Following some answers on frequently asked questions FAQ about the Smart Automation and Monitoring System:

FAQs – Everything you always wanted to know about SAMS…

Read more about the Smart Automation and Monitoring System and condition monitoring on our website. If you have further questions, please get in touch with me

Read also about predictive maintenace: Identifiy Failures Before They Happen – The PF Curve

Find here a recording of a detailed presentation of the SAMS System in Packaging, Food & Beverage Industry 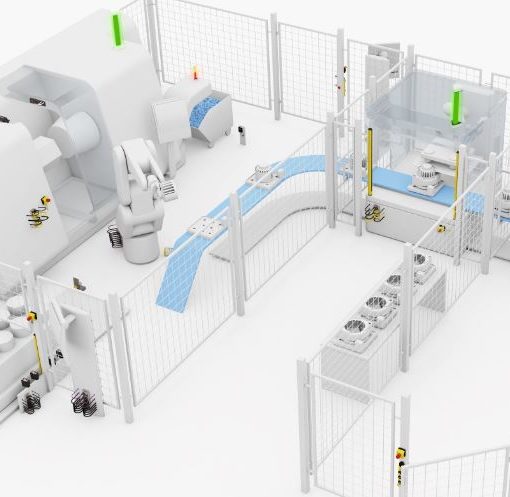 Manufacturing is rapidly changing, driven by trends such as low volume/high mix, shorter lifecycles, changing labor dynamics and other global factors. One way industry is responding to these trends is by changing the way humans and machines safely work together, enabled by updated standards and new technologies including safety communications. 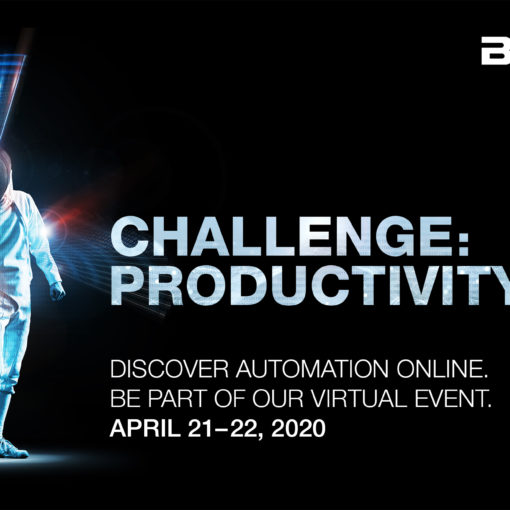 With our virtual event platform, we remain digitally connected with our customers even in the times of Corona. A review of our first virtual event. 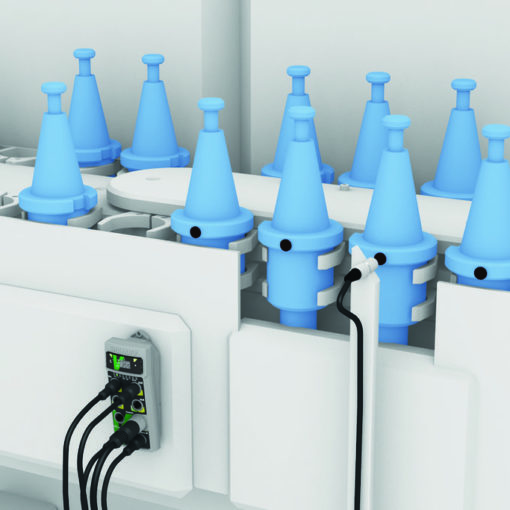 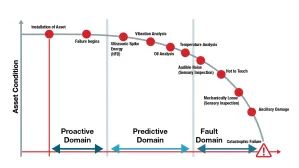 The P-F curve is often mentioned in condition monitoring and predictive maintenance discussions. “P-F” refers to the interval between the detection of a potential failure (P) and the occurrence of a functional failure (F).